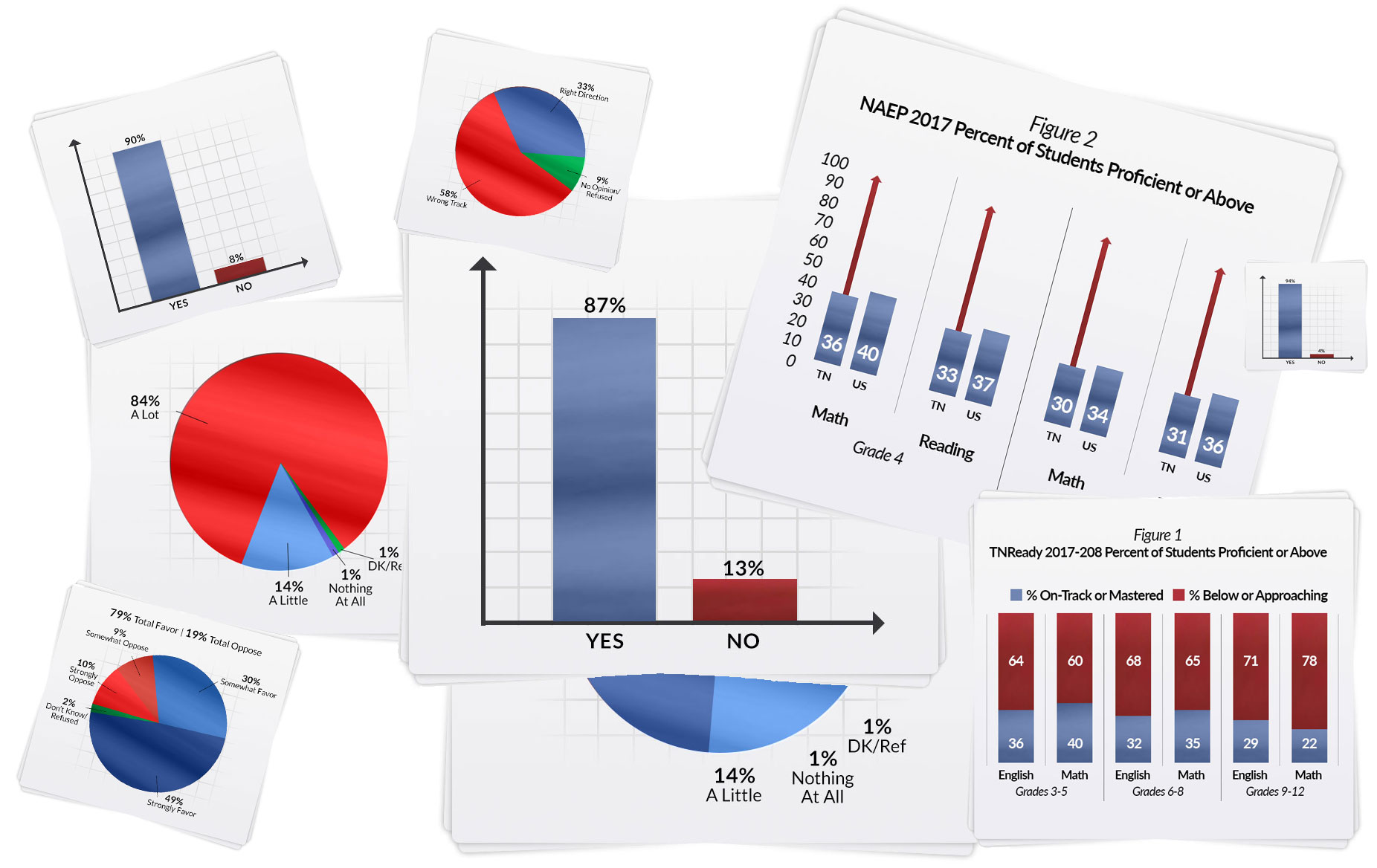 In the current partisan environment, Tennessee Republicans and Democrats often agree on very little. But when it comes to education, they’re strongly united in the view that the state’s public education system is on the wrong track. They are also united in their support for prioritizing early education as a solution to better prepare children for success and improve student outcomes.

See article in The Tennessean here.

Seventy-two (72) percent of Tennesseans say that the public education system is not preparing children for the future. Tennesseans want change. Fully 93 percent of voters – including 92 percent of Republicans and 95 percent of Democrats – agree with the statement, “Early education, from birth to 3rd grade, provides the building blocks of all learning,” and by wide margins support expanded investment in early years education for a stronger future, according to a survey of statewide voters commissioned by Tennesseans for Quality Early Education (TQEE). Those findings from a survey of 600 likely Tennessee voters, conducted Nov. 18-21, cut consistently across the state’s political, demographic and geographic lines.

The number of Tennesseans who say that public education is moving in the right direction is a mere 33 percent and has declined in every TQEE annual survey since 2017.

“The mood is pretty clear – when it comes to educating our children, Tennesseans are increasingly dissatisfied with the status quo and they want to see change,” said Mike Carpenter, TQEE executive director.  “Voters strongly support earlier investments in programs like Pre-K, early literacy and math education and child care, because they recognize the connection of those investments to giving kids a stronger start and improving education outcomes.”

“As the survey clearly reflects, we have a lot more work ahead, and it must be addressed as an urgent priority given the warning signs in some of the most important academic performance measurements. That Tennesseans are dissatisfied with the current condition of public education shouldn’t be surprising when most of our students in grades three through 12 are not proficient in reading and math. It’s unacceptable that by third grade, which is the benchmark for predicting a child’s future academic success, two-thirds of students are far behind and many of them never catch up.

“While we have made progress, our state’s performance ranks in the bottom half of all states. We can and must emphasize early education, birth through third grade, to improve academic outcomes and to ensure that more students are prepared for college, enter the workforce and have lifelong success.”