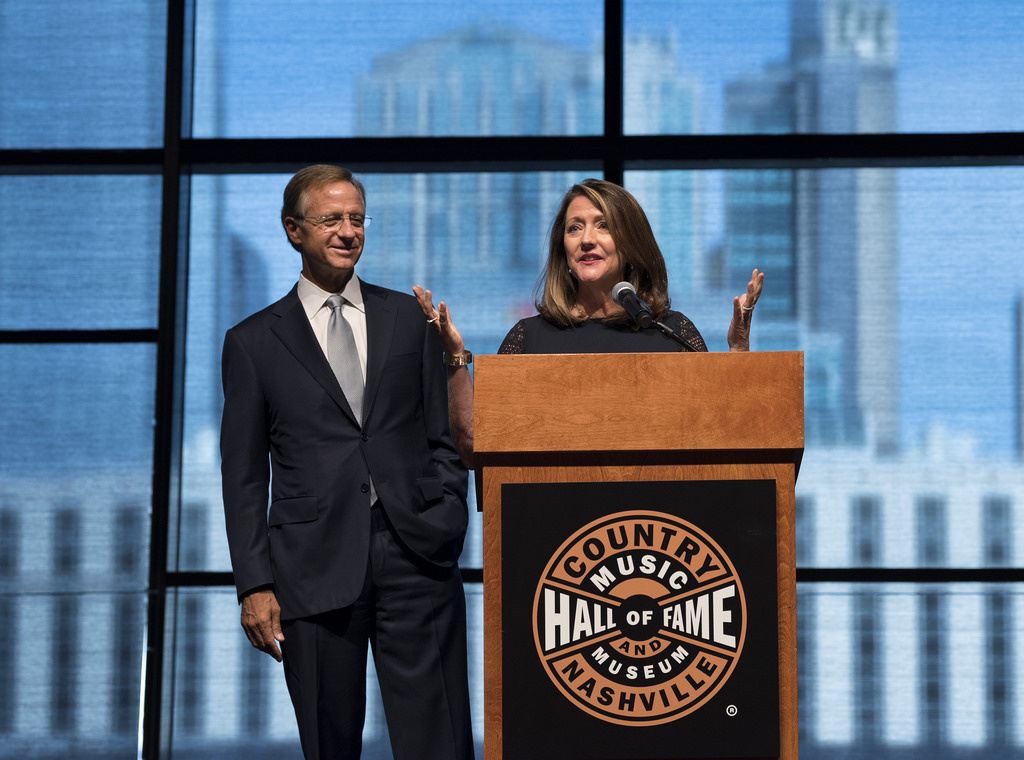 In tennis, a strong serve and return game is fundamental for success on the court.
“Serve and return” is also the term scientists use to describe the positive adult-child interaction vital for optimal human brain development.   In the first few years of life, a child’s brain is the most impressionable, forming one million new neural connections every second to create the “wiring” that becomes the foundation on which all later learning is built. When an infant or young child “serves” through babbles, gestures, or cries, and an adult “returns” appropriately with eye contact, words, or a hug, neural connections are built and strengthened in the child’s brain.
Early childhood “serve and return” was major topic at the annual Building Strong Brains Tennessee ACEs 2018 Summit in hosted by Governor Bill Haslam and First Lady Crissy Haslam in Nashville last week. The event attracted more than 325 leaders and influencers from across Tennessee for a daylong meeting focused on child brain science and reducing adverse childhood experiences.
Attendees included 10 members of the General Assembly, three Tennessee Supreme Court justices, eight state department commissioners, and representatives from law enforcement, business, health, education and local community agency partners engaged with the state. Large attendance reflects the Tennessee’s growing commitment to early childhood policies as a priority for Tennessee’s future.
Among the summit speakers was Al Race, chief knowledge officer and deputy director of the Center for the Developing Child at Harvard University.  Harvard is a national research leader on the science of early childhood with a mission to develop more effective policies and services focused on the earliest years of life, especially for children facing adversity.
Race framed serve and return as a critical feature in the development of young children. Children engaged in strong serve and return experiences have the best potential to thrive. Family environment is paramount to the potential of serve and return.  Stressful family environments – caused by factors such as poverty, poor health, substance abuse, etc. – pose challenges that can limit positive interactions. For an infant or young child, a persistent absence of positive interaction can be doubly damaging: not only are they denied the positive stimulation and development, they can often become stressed, with negative and potentially long-lasting consequences for brain development.
Serve and return in a baby may look like this: When a young baby serves up a “coo” for attention, a parent responding with an engaging expression, comforting sound or light touch is doing more than showing attention. An abundance of science demonstrates that these adult-driven positive interactions, repeated over and over during the early years, strengthens brain connections in all the areas of a baby’s brain that develop emotional and cognitive capacity.
These interactions become more complex over time as infants become toddlers and then children. The serve and return experiences are extended to include peers, additional caregivers, and teachers.
Building Strong Brains is part of a larger Haslam administration policy program for early childhood development. The administration this month released Prioritizing Tennessee’s Children: Our Promise to Future Generations, a report highlighting work by Tennessee state departments, agencies, and partner organizations to improve the lives of Tennessee children and families. The report summarizes progress on children’s issues that include health, education and safety.
The report touts numerous successes resulting from an administration strategy in 2012 to form the Governor’s Children’s Cabinet and organize the departments of Health, Children’s Services, Human Services, Education, Mental Health & Substance Abuse, Commission on Children and Youth and Division of TennCare. Together they began working collaboratively on planning and policy to address the full early years’ spectrum of each Tennessean, from birth through early childhood and youth.
The Governor’s Children’s Cabinet honored numerous Tennesseans as “champions” in early child development, including:

Tennesseans for Quality Early Education is proud to be a collaborative partner with and to celebrate the good work of these organizations in prioritizing early childhood development in Tennessee.
Mike, Lisa and the TQEE Team