We Took Our Case For Kids to the Hill! 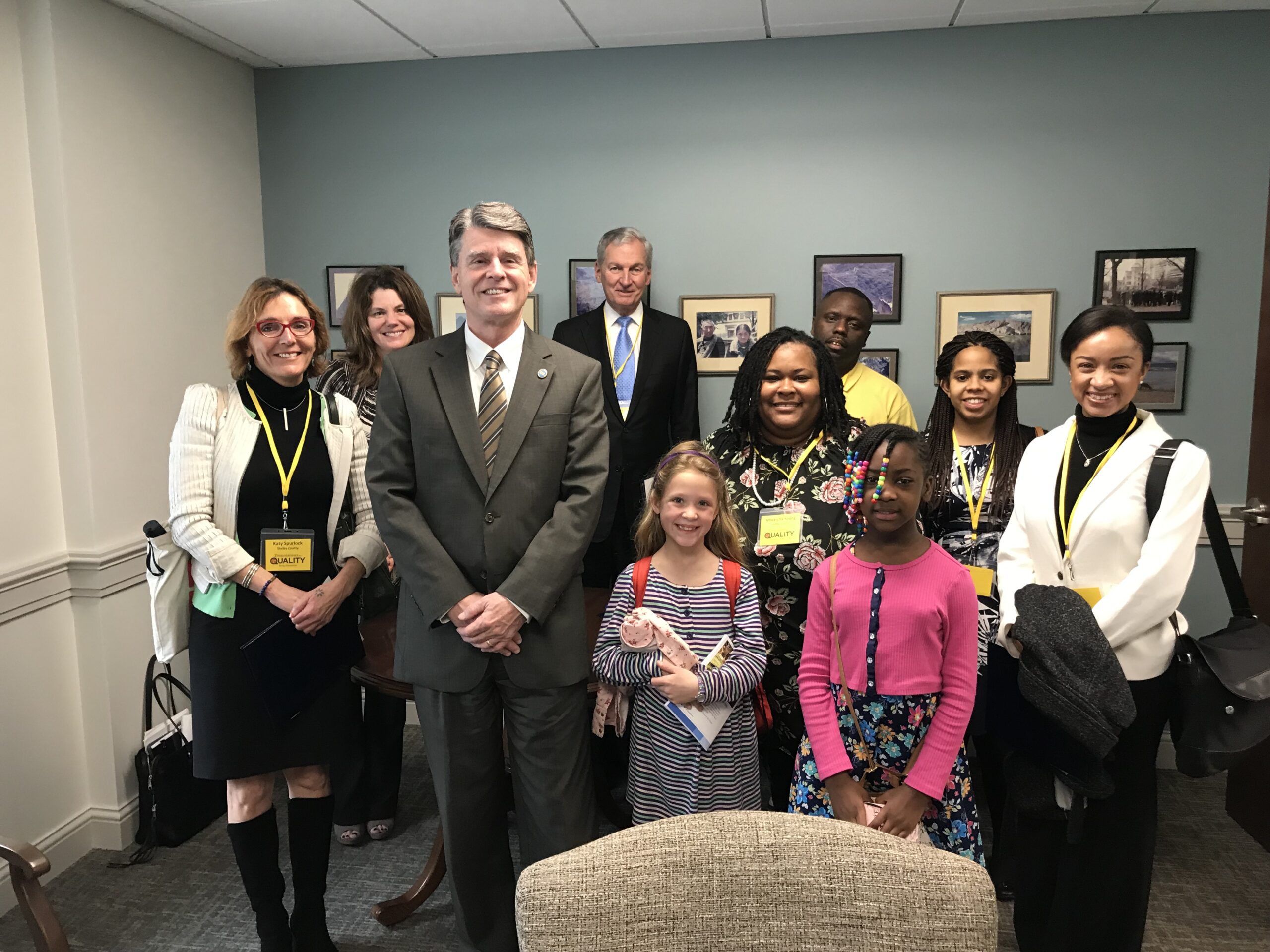 We took our case for kids to the Hill.
Tennesseans for Quality Early Education (TQEE) conducted our first “Day on the Hill” in Nashville on Feb. 6. More than 100 TQEE advocates from across the state — teachers, early education program directors, parents, mayors, business people — directly engaged with Tennessee General Assembly members to advocate for:
• Excellent Pre-K
• Better support for early grades teachers
• High-quality affordable childcare
• Programs that support parents to help their young children succeed
Our advocates made the case that high quality early childhood development and education, birth through 3rd grade, is a proven, evidence-based solution for better overall education outcomes, workforce development and quality of life in Tennessee communities.
“It is a fact of life that to attract good paying jobs to our area, we must have a skilled workforce,” says Jimmy Harris, mayor of Madison County, one of about 50 Tennessee mayors who have formed a mayor’s coalition for early childhood education. “What many people don’t think about is that building those workforce skills starts with development early in life through learning to read, solving math problems and learning how to get along with others.”
The most exciting development of our day on the hill occurred when House Education Committee Chairman Mark White (R-Memphis) and Senate Education Chairman Dolores Gresham (R-Somerville) announced the formation of the General Assembly Early Childhood Education Caucus, a joint House-Senate, bipartisan legislative group that will study and advance best policy practices to support the earliest years of learning. These legislators know the research that early math and literacy skills, as well as the ability to cooperate and get along with others, by kindergarten age are proven predictors of future academic and life success.
“Despite Tennessee’s improvements, proficiency rates still rank it in the bottom half of all states,” says Miles Burdine, president and CEO of the Kingsport Chamber of Commerce. “Especially striking is that by third and fourth grades, our students are already significantly behind, with nearly two-thirds not proficient in English and math. We know that when students are not proficient by third grade, they are four times more likely to drop out of high school and 60 percent less likely to pursue a post-secondary degree. Once students fall behind in third grade, they tend to stay behind, or fall further.”
With many parents visiting the Hill, legislators found strong advocates for quality Pre-K as a featured policy within early childhood education. Our TQEE poll in September found that 93 percent of parents think voluntary Pre-K should be made available to all four-year-olds.
Kristen Griffin, a Lebanon schools parent whose daughter attended pre-k, voiced her support for Tennessee’s program. “My daughter would come home most days brimming with excitement about what new project they were working on, the new sounds and shapes she recognized and all the fun activities they had done to make learning fun,” Griffin wrote in a letter to Lebanon School District officials. “She went in a great kid but came out an even greater kid with more confidence than ever and a passion for learning in the classroom. Going into kindergarten this year, she is reading above average and is excelling in math. We couldn’t be happier with our pre-K experience.”
There are 300,000 kids under the age of six in Tennessee who have all available parents in the workforce. That’s a huge number, and by definition, they’re either in kindergarten, pre-K, a childcare setting, but somebody else is taking care of those children for a big portion of the day
And as it says in our name, our focus is quality. So, whether we’re talking about a childcare program, whether we’re talking about pre-K, or whether we’re talking about early grades in elementary school, we need to ensure that those children have the highest quality that we can provide, to ensure they have the early education foundation necessary to succeed in school and life.
From Mike, Lisa and the TQEE team