Oak Ridge Parents Say PreK Has Huge Impact, Should Be Available to All 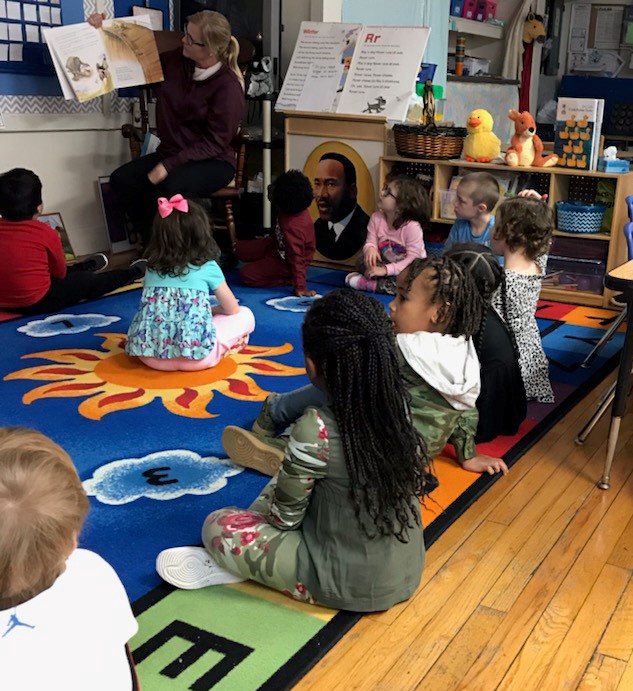 Let’s face it, parenting can be difficult and getting a child prepared to attend school can be a challenge, even under perfect circumstances. For these Oak Ridge families, pre-K was a valuable advantage in getting their kids ready to be learners.
Within this group, impediments to speech and hearing compounded the usual challenges of early-years education.
For Jerry and Jerri Amonette’s daughter, it meant helping young Ciara overcome a hearing deficiency and learn to function with new implants.
“She was more silent,” Jerry says. “So, until the cochlear implants, she couldn’t follow what was going on when it came to playing and things with the other kids. So they encouraged a lot more interaction and was just really a good experience.”
A Vanderbilt study in 2015 confirmed what Tennessee Pre-K teachers had been seeing for years: Tennessee’s high quality Pre-K programs get children ready for kindergarten. Ciara, now in middle school, would eventually become a straight-A student just like James and John Brown.
Teresa Brown says her boys got the social skills necessary to succeed from their time in pre-K.
“They really were kind of attached to each other and that gave them the opportunity to actually have other friends and do other things, not just together, but to branch out and to learn separately,” Teresa says. “They made a lot of friends. The teacher was really, really good with them to the point where when she got married they came to her wedding and actually danced with her at her wedding.”
The curriculum built throughout their year, introducing the boys to everything from letters and colors to core concepts they would carry into Kindergarten.
“I still have the portfolio because they put so much together,” Teresa says. “They took pictures all year round so that you see the progress that the child did. You actually see where they were maybe not being able to do ABCs to the end that they were naturals at ABCs or they have accomplished their colors, or learned their address. And it makes a big difference. When you can see the progress at the end, you can see where your child began and where the child has learned and has elevated.”
Fabiola Macias and her family moved to Oak Ridge from Chicago to be near family. Her son Sergio, the challenge of learning English was compounded by the fact that he needed surgery to fix a birth defect on his tongue that threatened his speaking ability.
“It was just Spanish at home, and when he started preschool all the teachers were so worried about it and, willing to learn a few of the words for him,” Fabiola says. “After his surgery, he caught up on English like nobody else. He was just fine, and you know me trying to learn the language too, it was just like, they were so supportive of him and before he got to kindergarten he got the experience of, exposed to letters and sounds and all the colors and shapes.”
She says that Sergio’s older brother spent a couple of years playing catch-up with the language where Sergio was ready for kindergarten.
“The difference is that my oldest didn’t have the opportunity to be in a pre-K program. We had just moved to Tennessee and he was just in a kind of daycare-like program. So, it was not the same curriculum, it was mostly like a daycare,” Fabiola says. “Even the teachers in the parent-teacher conference told me they were afraid that he might fail kindergarten because, being bilingual and never being exposed to any other program, he was getting really behind.”
Like many areas, Oak Ridge has an application process for pre-K, and Fabiola wishes it were available to help more kids.
“It’s a shame that you have to qualify for it,” Fabiola says. “It would be awesome if everybody else has the same opportunity, not just because we have low income, or we have special needs. I wish all kids who want it could be able to be part of these kind of programs, because they have extremely huge impact on the kids when they move to kindergarten. In our case, my son needed surgery. By the first month of preschool, he was barely saying three full words in Spanish, and nothing in English. After the surgery, he was enrolled in the program and began to speak English (very easily).”
A TQEE poll in September found that 93 percent of parents think voluntary pre-K should be made available to all four-year-olds.