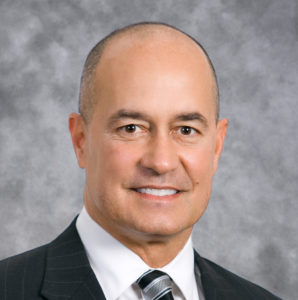 A native of Kingsport, Tennessee, Miles A Burdine currently serves as the President and CEO of the Kingsport Chamber of Commerce.

Burdine is active and serves or has served in many leadership capacities with many community and state organizations, including the, Governor’s First to the Top Advisory Council, Governor’s Commission on Judicial Nominations, Board of Judicial Conduct, State Collaboration on Reforming Education, Governor’s Energy Policy Task Force; Campaign Chairman and President of the United Way of Greater Kingsport; President of the Tennessee Chamber of Commerce Executives; Tennessee Chamber of Commerce & Industry Executive Committee and Board of Directors; Blue Cross Blue Shield of Tennessee Board of Directors, Association of Chamber of Commerce Executives, Tennessee Economic Development Partnership Board; founder of Someone Who Cares (a private charity); and founding board member of the Tri-Cities ALS (Amyotrophic Lateral Sclerosis – Lou Gehrig’s Disease) support team; Tri Cities March of Dimes Board of Directors among countless other civic leadership roles.
Burdine’s “other” career is with the United States Marine Corps and United States Marine Corps Reserves. Having served over 30 years, he retired at the rank of Colonel.

Three of his deployments have been to combat environments. He served as the Executive Officer of B Company 1st Battalion 8th Marines and as a commander of a security task force in Beirut, Lebanon, in 1983; commanding officer of L Company 3rd Battalion 24th Marines in Operation Desert Storm in Saudi Arabia in 1991; and he served in Operation Iraqi Freedom in Ramadi, Al Anbar, Iraq, in 2005 and 2006, where he was the commander of the Governance Support Team of the 6th Civil Affairs Group.

Miles is the husband of Denise and the father of three daughters. Nikki is a television reporter in Nashville. Laura is a logistics and operations director for Adapture Technology Group in Atlanta and Alyce is the Northeast TN Coordinator for Tennessee Achieves.