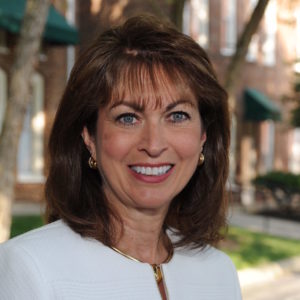 Dr. Nancy Dishner serves as President and CEO of the Niswonger Foundation in Greeneville, Tennessee. She previously served as Vice Provost for Enrollment Services and Director of the Roan Scholars Leadership Program at East Tennessee State University.

She was a tenured professor in the department of Educational Leadership and Policy Analysis. Prior to her position at ETSU, she was a public school teacher in Unicoi County.

She served two terms on the Board of Directors of the Johnson City/Jonesborough/ Washington County Chamber of Commerce, establishing and serving as chair of the Partners in Education program for Johnson City and Washington County Schools. Served as an initial member on the Johnson City Public Building Authority, as secretary and chair of the public relations committee. She served as President of the ETSU Staff Senate, and two terms as President of Phi Kappa Phi national honor society.