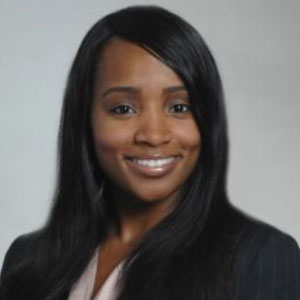 Dakasha Winton is senior vice president and chief government relations officer for BlueCross BlueShield of Tennessee, which has more than 5,000 employees and serves 3.4 million members in the state and across the country.

In this role, Winton leads and provides oversight of the company’s state and federal government relations efforts and oversees analysis of proposed legislation. She also serves as the BlueCross liaison to federal and state industry associations and advocacy groups.

Winton most recently served as the director and associate general counsel for state government relations and public affairs for BlueCross and was the primary liaison to the Tennessee Department of Commerce and Insurance and other state agencies. In this capacity, she played a principal role in regulatory oversight matters, compliance implementation and, program and policy design.

Before joining BlueCross, Winton was chief counsel for Insurance, Securities and TennCare oversight divisions of the Tennessee Department of Commerce and Insurance. She was also a staff attorney for the department.

In 2010, she was named a Fellow of America’s Health Insurance Plans (AHIP), and she actively participates in legislative and regulatory workgroups for both AHIP and the BlueCross BlueShield Association. She was named a 2016 Fellow of the Nashville Health Care Council, and she is the 2016 recipient of the Napier-Looby Bar Association Trailblazer of the Year Award honoring outstanding achievements in the Nashville legal community.