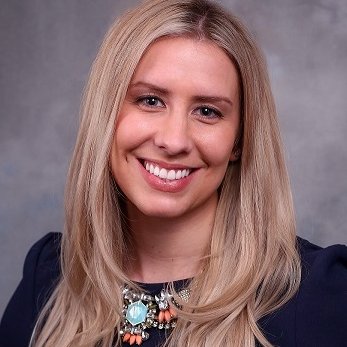 Chelsea Peterson is vice president and director of client and community relations for The PNC Financial Services Group, one of the largest diversified financial services companies in the United States.

Peterson joined PNC in 2008 as community relations coordinator for Michigan. During the National City and PNC merge and acquisition in 2009, Peterson worked to transition the brand and build community partnerships across the state.

When PNC purchased RBC Bank’s US operations in 2011, Peterson was tapped to help launch the PNC brand in Atlanta, Georgia. While there, Peterson cultivated public-private partnerships across Metro Atlanta, including implementation of PNC’s flagship philanthropic program, PNC Grow Up Great.

In 2018, PNC expanded efforts to include Tennessee, and Peterson was tapped once again. With family in Metro Nashville, Peterson relocated to Tennessee to build the PNC brand statewide. Currently she is in a chief of staff role, overseeing strategic investments, including philanthropic giving.

Peterson received her bachelor’s degree in Finance and Commercial Law from Western Michigan University Haworth College of Business. She lives in Franklin, TN with her husband and three young children.